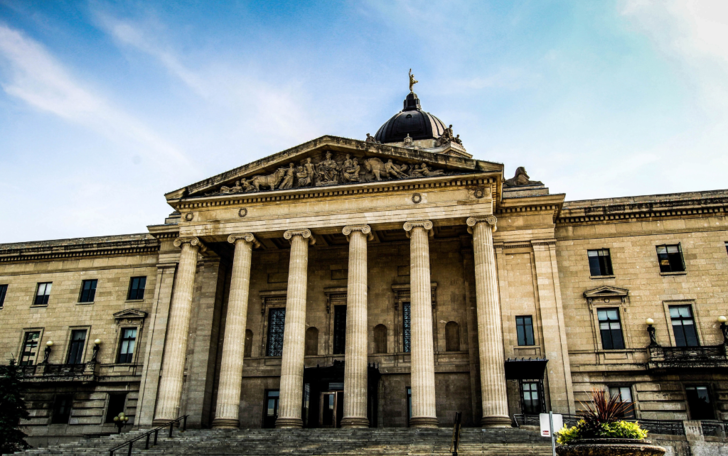 Province of Manitoba begins a six year review process in preparation for the introduction of a Regulated Health Professions Act for the province. The Act will be similar to other Acts found in Ontario/BC/Alberta/NWT. All professions are treated equally under the Act and its provisions.

The RHPA is passed by the Manitoba Legislature in June of 2009 but is not proclaimed.It is designed to provide the ultimate of 'Public Protection' for all Manitobans who receive health care treatments. 22 Health Professions  are identified for a 'Transition' process to the new Act from their current regulations. Two professions are identified as potential applicants. (Paramedics & Massage Therapists)

Sections of the Act are proclaimed establishing an 'Advisory Committee' to the Minister who as part of their mandate will receive applications for self-regulation. Both the Paramedics and Massage Therapists begin their application process.

Paramedics and Massage Therapists complete their application and officially go under review.

Both the Paramedics and the Massage Therapists are approved for Self - Regulation by the Minister's Advisory Committee.

In September of 2015, then Minister of Health in Manitoba, the Honourable Sharon Blady, (NDP)  received the report of her Advisory Council regarding the regulation of the profession of Massage Therapy. A report that languished with her appointed Council for almost four years. It has now been two years since the Minister agreed to regulate the profession.

Unfortunately the former Minister requested the applicant , the Massage Therapy Association of Manitoba  (MTAM ) and the Association that opposed regulation - Edmonton based,  the National Health Practitioners of Canada (NHPC) to 'work together' to address core issues to support self-regulation.

The critique of this situation follows: (comments in red are those of the RMTS-MB)

In 2015, the former Minister requested the RMT community to specifically address the following:

In 2009, after six years of review and consultation, the current NDP Government of Manitoba presented the 'Regulated Health Professions Act' to the Legislature and it was passed into law that year. The new Act was primarily designed to 'Protect the Public' wherever and whenever they received health care treatments and services on a uniform and standard basis. It would require all regulated professions to adopt common processes and in particular have a similar 'Complaints & Discipline' hearing structure open to public review and with public members represented. The existing 22 Regulated Health Professions supported the initiative. Non-regulated Massage Therapists supported the process from the very beginning patiently awaiting the approval of the application for regulation provisions found within the Act. (RHPA here)

However, following approval of the Act, a moratorium on applications, was placed on the process and was not lifted until 2011. In early 2012 two applicants, Paramedics and Massage Therapists, made their application for regulation and the Minister of Health's Advisory Council began the process of review of both applicants. Paramedics have completed their review process with a favourable final report that was released in December of 2014. However, no action on the regulation of Paramedics has been taken by the Government of Manitoba since that time. Instead their report has become overly 'political' and the focus of attention in a leadership review conducted by the NDP in early 2015. Differing opinions by competing Unions representing Paramedics resulted in split political support. Such a situation does not bode well for Massage Therapy either, as the fate of Paramedics could linger until the next election is completed and block the anticipated normal process for Massage Therapists to finish their application review. It is generally known that in addition to the applicant review the establishment of a Regulatory College can take two to three additional years before it is functioning.

The application by Massage Therapy languished for almost four years without any meaningful dialogue between the Minister's Advisory Council and the profession, without any public hearings similar to those provided to Paramedics, and with only the broken promises of final reports forthcoming and other excuses being issued in each of the last three years by the Government appointed Advisory Council .

Finally on November 24, 2015 the report was released with a favourable recommendation that the profession of Massage Therapy be regulated. The Minister of Health agreed and made a public statement of support for regulation. This completed step one of the process and it was expected that the College would be formed. That decision was never made and can't be expected for another 2 or 3 year process. Unfortunately, it was not a clean decision and the Minister posed five more items for review ones which had been either previously reviewed or ones that will be addressed in the work of a "Transitional Council' who establish the new College. These new items delayed the work of putting the new College in place and protecting the public. Then the Government was defeated.

The Massage Therapy community had high hopes that the new Provincial Government would proceed with the regulation of the profession and the establishment of its needed 'Transitional Council'. These high hopes have been deflated considerably as the decision on Massage Therapy has been placed behind the decision on regulation of 'Paramedics' which has much more controversy attached to its progress.

Why is Regulation Important?

Massage Therapists work collaboratively with other Health Professions, (Family Doctors, Nurse Practitioners’, Chiropractors, Physiotherapists’ and Athletic Therapists) and daily referrals between these professionals occur. Despite the announcement on regulation  RMT's still are not officially a part of the regulatory environment in Manitoba until that occurs. Patients and clients will be seeking clarity on the decision and confusion will be found in the marketplace.

The rest of Canada is also waiting for a Manitoba decision on the 'Regulation of Massage Therapy' to then make application to remove the application of GST/HST from these treatments and bring it into parity with Physiotherapy and Chiropractic treatments as an example. Five regulated Canadian Provinces are required before such an application will be heard. Manitoba would become the fifth province. Over 25,000 Massage Therapists practice in Canada and they are keenly interested in the decision Manitoba will make.

And finally, over 70% of Canadians access Massage Therapy treatments through their employer/employee benefit plans. The companies who underwrite these plans also favour regulation of Massage Therapy and need such formal structure to control the growing cost of insurance fraud within these plans when health care professions are not regulated.  These companies are represented by the Canadian Life and Health Insurance Association Inc. who are on record as being in support of the regulation of Massage Therapy in Manitoba and across the country. (Letter of Support Here)

It has been over 15 years that the profession has been caught in the bureaucratic jungle of 'Regulatory Review’ in Manitoba and if not successfully concluded soon ... valuable volunteer leadership could be lost on this file. The public will not be protected.